Piedmont Hires Phil Mauro As Its Next Football Coach 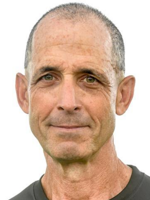 Piedmont has been searching for a new coach after John Castador shocked everyone when he stepped down in late April after one season.

Piedmont's new coach comes from Carrollton High School, where he coached the team from 2017-to-2018.  Mauro posted a 3-7 record in his first season and 5-5 in year two at Carrollton.

Mauro comes from a football-loving state of Ohio with a deep rich history of pigskin from the high school level to the pros. A glance at Mauro's head coaching resume, and it appears it's as rich and deep.

Mauro's head coaching career began in 1982, and his record over that time is 188-122, which featured 12 postseason appearances with five different schools.  What's impressive is that Coach Mauro led three of those programs to their first playoff victory.

Mauro received the Ohio Coach of the Year from the Associated Press in 2007.

Below, Principal Stamey's announcement and the introduction of Coach Phil Mauro who makes a three-to-four minute intro himself.